State educational institution of higher professional education «Chelyabinsk State Medical Academy of Federal Agency of Health Care and Social Development» was founded on July 1, 1944 on the basis of reevacuated Kiev Medical Institute (in accordance with the Order of the People’s Commissariat of the USSR on June 29, 1944).
This is a large higher education institution under federal authority, one of the prestigious medical academies of the Russian Federation with a powerful system of profound and clinical medical education. The university is implementing a , continuous training system of specialists with higher medical, pharmaceutical and liberal arts education from comprehensive secondary schools to doctorate.

ChelSMA trains personnel for practical public health of the Southern Urals, , the Republic of Tyva, the Autonomous Area. More than 4,000 students study at the academy. ChelSMA graduates work successfully in many cities in the Urals Federal District and Russia, near and far abroad countries.

The academy has trained over 23,000 health professionals for the 66 years period.


Faculty of postgraduate and additional professional training gives academy graduates the opportunity to continue their education in the internship and clinical residency free of charge. It is necessary to become a  specialist. Postgraduate training in clinical internship is provided in 25 specialties, the training in clinical residency is provided in 48 specialties.
Doctors can get additional education in 33 majors and primary professional specialization in 27 majors at extension courses.

Together with the medical college advanced training for health care workers with secondary education was arranged.

Medical College with daytime and evening form of training in four specialties: basic and advanced level of training (1999). 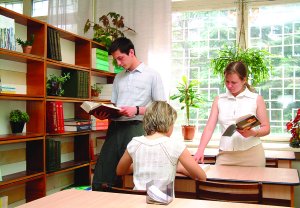 Training of highly qualified scientific and pedagogical staff is provided through postgraduate courses in 24 specialties. The Doctorate degree is given in two specialties. Three thesis defense committees work at the academy.

The faculty of the ChelSMA includes 600 teachers. Among them there are outstanding workers:  — academician of the Russian Academy of Medical Sciences (RAMS), A. , Kovalenko — corresponding members of RAMS; 99 doctors of medical sciences and 305 candidates of medical sciences, 10 honored scientists of Russian Federation, 2 honored workers of Higher School of Russia,
11 honored doctors of Russia.

The Central Research Laboratory headed by doctor of medical sciences, professor is a science resource centre which includes several laboratories carrying out investigations in the field of Immunology and Biochemistry.

According to the ChelSMA Academic Council decision dated 20.10. 2000 and Russian Federation Ministry of Public Health 2510/13309 dated , the Immunology Research Institute was established on the basis of ChelSMA, Central Scientific Research Laboratory and Academy clinical hospital to coordinate research in immunology and allergy, to improve the quality of research and to implement its results into practical health care. The Immunology Research Institute is headed by the Russian Federation Honored Science Worker, Professor

On July, 1, 2001 on the basis of the Immunology and Clinical Allergy Department of ChelSMA as well as Chelyabinsk War Veterans regional hospital the neuroimmunology laboratory was created as the Yekaterinburg subsidiary of the Institute of Ecology and Genetics of Microorganisms, which is the Ural branch of Russian Academy of Sciences (RAS).

ChelSMA is one of the cofounders of the South Ural Research Center for Population Health of Russian Academy of Medical Sciences, which was established in March 2002. Cooperation between the State Research Center for Preventive Medicine of the Russian Federation Public Health Ministry, McGill University (Montreal, Canada), Russian and international centers of the (Countrywide Integrated Noncommunicable Disease Intervention) programmes contributes to the development of the main activities of the South Ural Research Center for Population Health.
The scientific schools founded on the basis of Chelyabinsk State Medical Academy are not only in the Urals and Russia but also abroad. The scientists of ChelSMA take an active part in international, federal and regional programs.

Significant contribution to the development of pathogenesis and pathologic anatomy of inflammatory and neoplastic diseases was made by the corresponding member of RAS, professor Kovalenko, professors Ye. L. Kazachkov and Ye. L. Kurenkov.

New invention level developments are a clear evidence of the effectiveness of the Academy scientists' research activity. Their priority is protected by the patents of the Russian Federation. 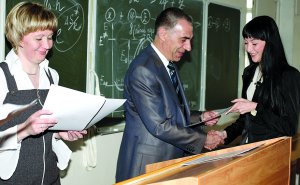 New technologies of identifying prevalence, diagnosis and treatment of bronchial asthma in children are being widely implemented.

Students, interns, residents, young tutors of ChelSMA are being actively involved in scientific activities. This work is coordinated by the Student Scientific Society (SSS) and the Council of Young Scientists.

The Academy carries on publishing activity. A monthly newspaper is issued in the academy.

Chelyabinsk State Medical Academy is constantly expanding its international relations. ChelSMA takes part in the implementation of two international programs. One of them is carried out with the University of Rochester (the United States) aimed at the introduction of new technologies in the educational process.

The second project deals with the implementation of »Integrated prevention of  diseases» program under the auspices of the World Health Organization (WHO) in the Chelyabinsk region (CINDI program) since 1991.

The regional director of the project is Professor .

By means of computer network of  center the Academy is connected with 24 international and 7 Russian CINDI centers.

In 2006 the cooperation with the Czech Republic was initiated: A license contract with JSC «Mete» (Czech Republic, Prague) was made to grant rights to use inventions of the Academy workers in production of medical devices for rhythmocardiography.

The Memorandum of Cooperation between Chelyabinsk State Medical Academy and Masaryk University (Brno) was signed. Three Forums took place in Chelyabinsk, Prague and Brno. In the context of this cooperation an exchange program for students and residents is taking place within IFSMA (International Federation of Medical Students' Associations).
The social infrastructure of the academy is presented by four residence halls, a preventorium, a rehabilitation summer camp, a ski centre, a gym, a fitness room, a creative center. A modern auditorium for 570 seats was equipped in 2008. Nowadays it is the best auditorium in the city.